Why we love this tour

Travel on Iceland’s ring road and discover stunning scenery and dramatic landscapes: volcanoes, lava fields, hot springs, mountains, fjords, glaciers, glacier lagoon and waterfalls. Enjoy a leisurely group tour on Iceland’s ring road, combining nature, soft adventure, and cultural experiences. Chances to see the Northern Lights during departures from mid-September to mid-April. Join this amazing and complete circle tour of Iceland, a bestseller all year round! Hunt the Midnight Sun in the Summer and the Northern Lights in the Winter. 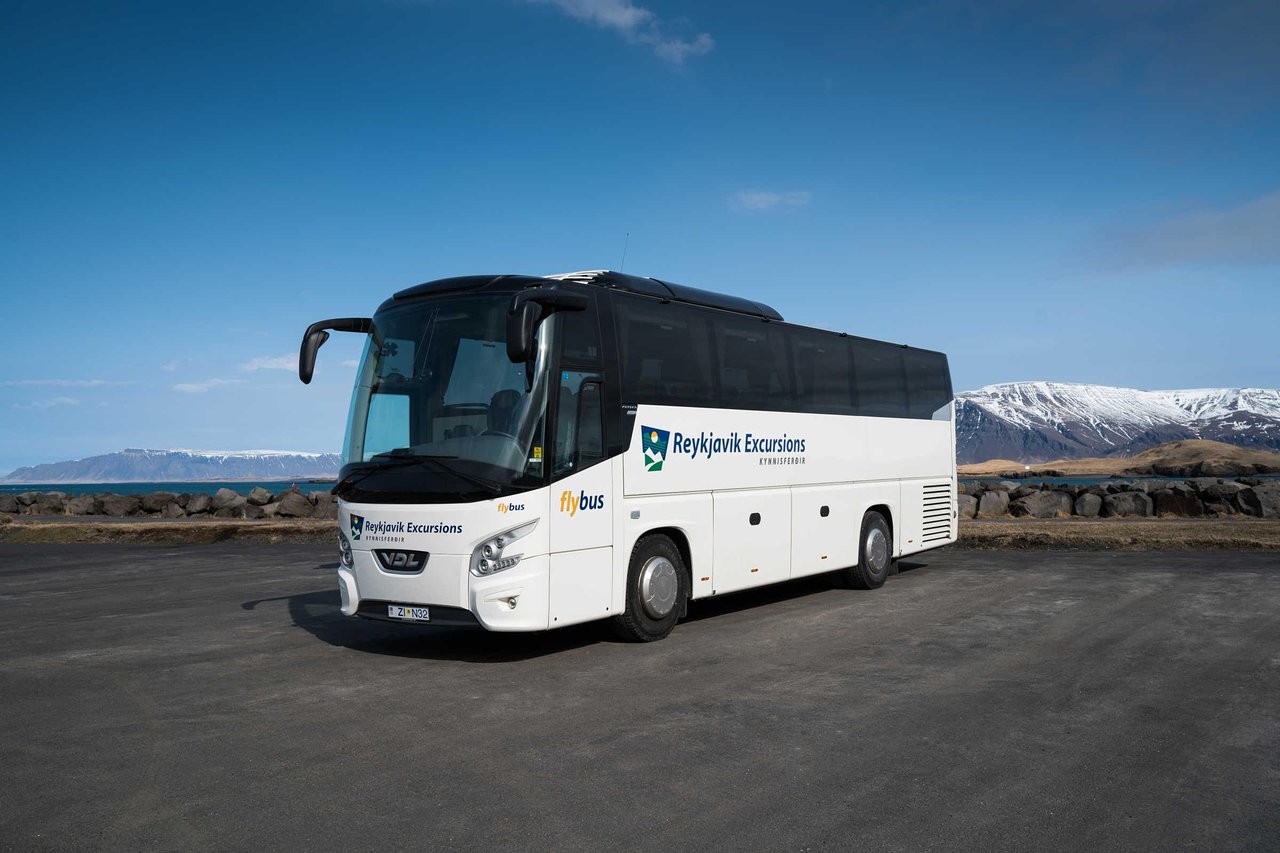 Individual transfer by Flybus shuttle bus from Keflavik airport to your accommodation in Reykjavik.

Overnight at Icelandair Hotel Natura in Reykjavik or similar Hotel 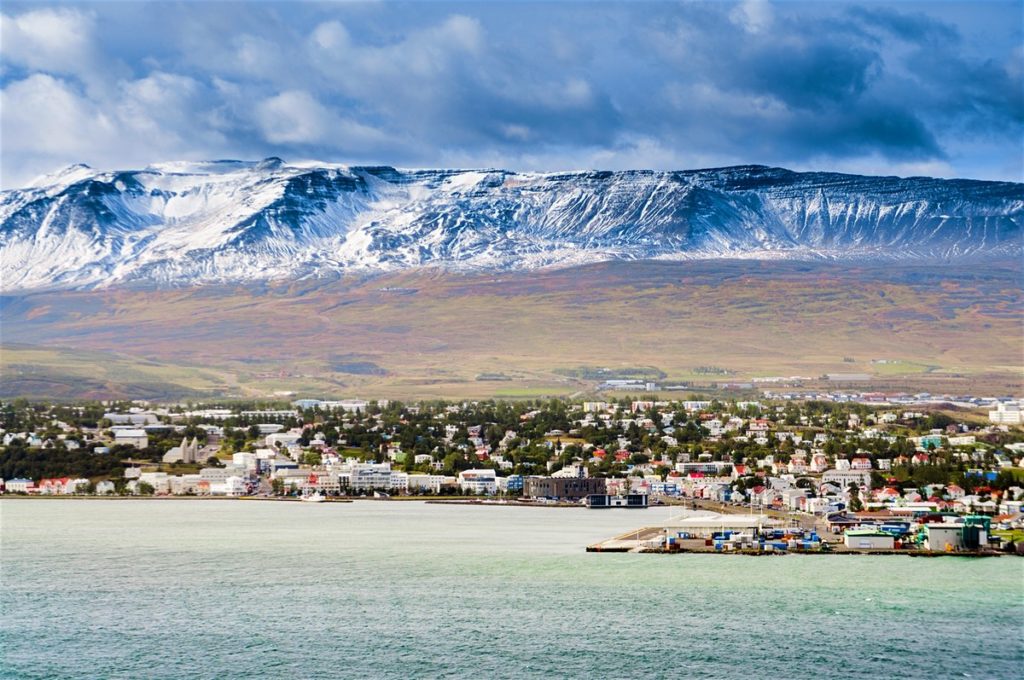 At 09:00 meet our tour guide and depart from the Hotel. Travel west along the scenic Hvalfjörður fjord and the town of Borgarnes. Easy hike on Grábrók volcano crater in the middle of a greenish lava field. In the afternoon visit a natural history & seal museum in the fishing village of Hvammstangi. Further north stop at the turf church of Víðimýri and then continue along scenic fjord landscape and over several mountain passes until we reach Akureyri, the capital of North Iceland.

Overnight at Icelandair Hotel Akureyri in Akureyri or similar 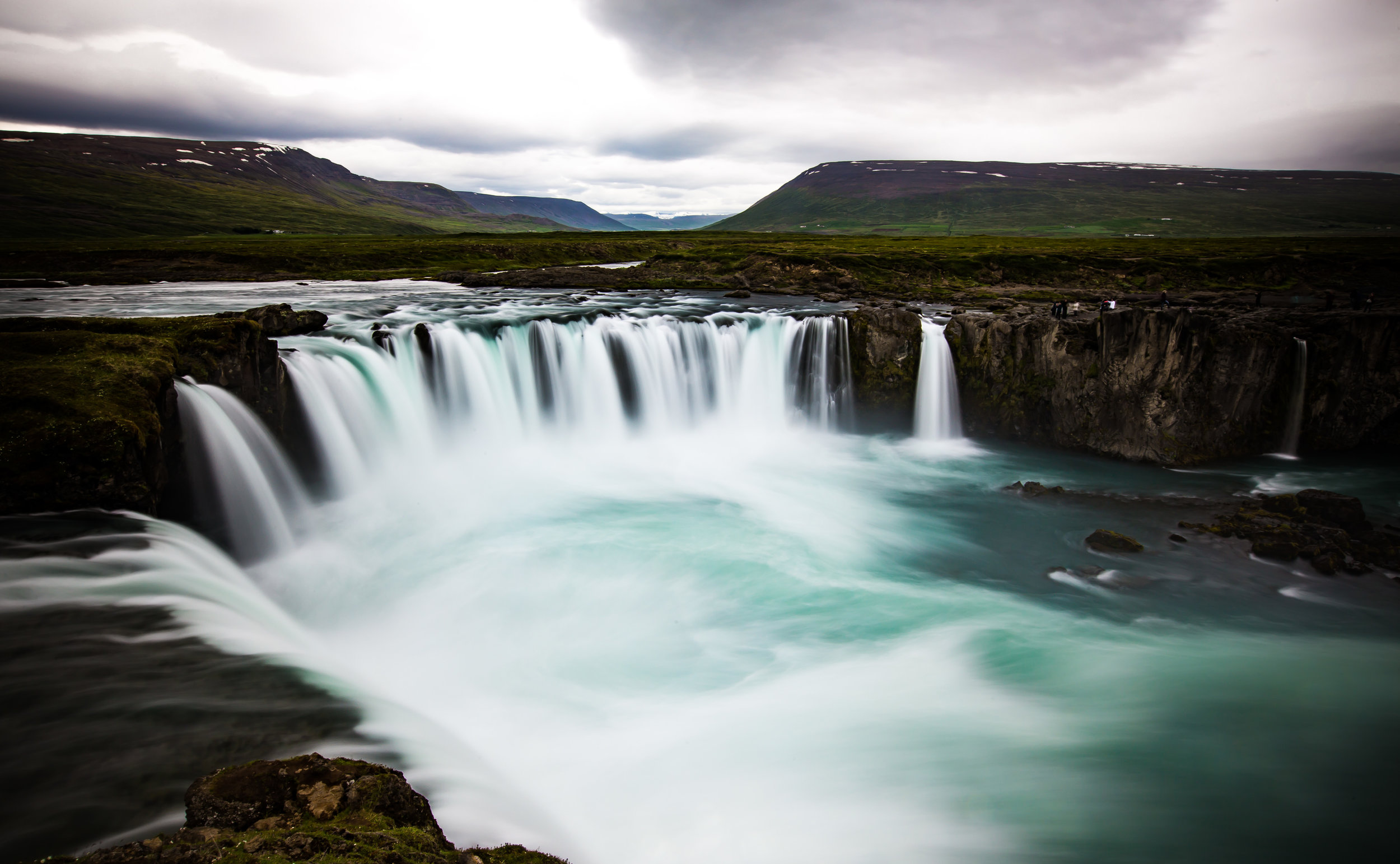 In the morning explore the town of Akureyri, also called the capital of North Iceland: visit the botanical garden, walk the streets, and admire the panoramic view over the Eyjafjörður fjord. In the afternoon travel to Goðafoss – the waterfalls of the Gods. Then explore Lake Mývatn, known as a geological wonderland, and for its abundant birdlife. See the strange lava formations at Kálfaströnd, the pseudo craters at Skútustaðir and the tephra cone Hverfjall. End the afternoon relaxing in the geothermal Mývatn Nature Baths with a fantastic view over the whole area.

Overnight at Sel-Hotel Mývatn in Mývatn or similar 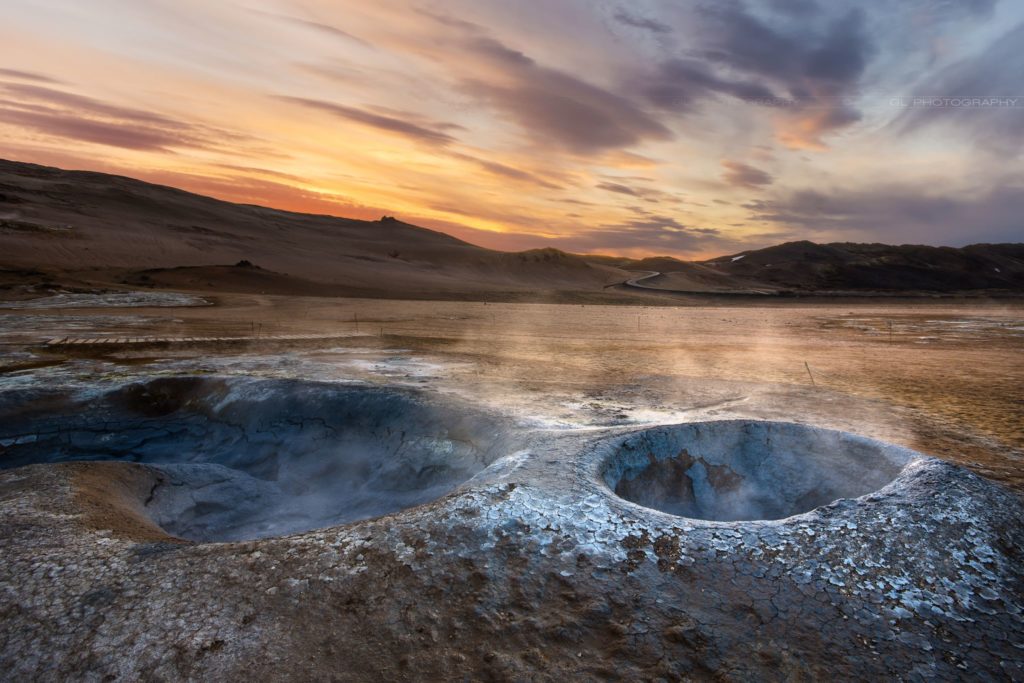 In the morning walk in the lava labyrinth at Dimmuborgir “the dark castles”, hoping to get a glimpse of the trolls who are said to live there. In the afternoon, visit the hot spring area of Námaskarð with bubbling mud pools and steaming solfataras. Head through the uninhabited highlands and moon-like surroundings to East Iceland. From June to August the tour includes a detour to the powerful waterfall Dettifoss. 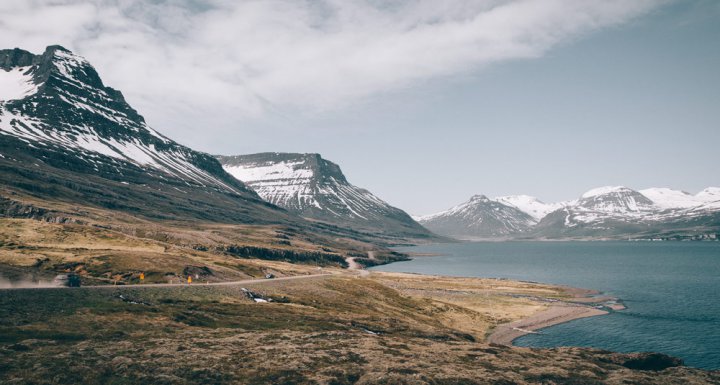 It’s a day to admire the dramatic fjord landscape and its tiny fishing villages at the end of twisty roads in the East Fjords and on route visit an interesting stone and mineral collection. In the afternoon see Vatnajökull – Europe’s biggest glacier that is visible all over Southeast Iceland.

Please note that itinerary on this specific day can change due to seasonal factors, such as daylight.

Overnight at Hotel Hofn in Hofn or similar 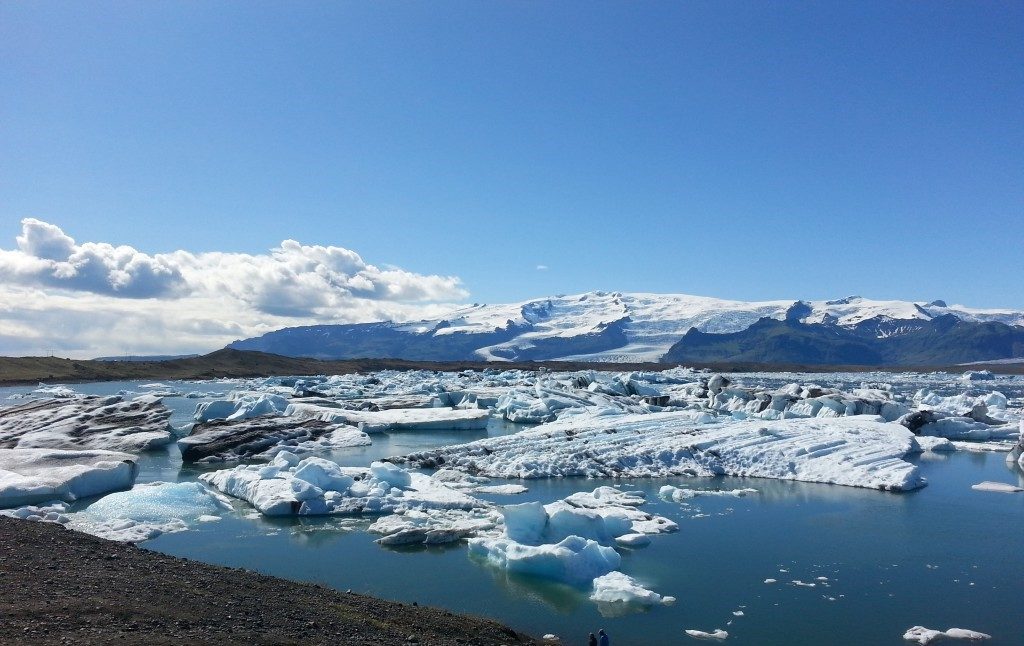 Start the day with a stop at Jökulsárlón, a glacial lagoon filled with floating icebergs, and explore the extraordinary site where you might see seals swimming in arctic waters. Depending on the season optional boat trips are available. You can walk on the so-called Diamond Beach, where large icebergs get stranded. Travel along the southern part of the glacier Vatnajökull and spend time at Europe’s largest national park, which has Iceland’s highest mountains, an alpine environment, and Europe’s largest glacier.
In the afternoon, a beautiful drive with many natural wonders awaits us as we head across the Eldhraun lava field, cross the sandy desert of the south coast, overlooked by mountainous cliffs, glaciers and waterfalls. Stroll along the black lava beach of Reynisfjara near Vík. In the small village of Skógar, there is Skógafoss waterfall which is 60 meters high and is one of the most impressive waterfalls in the country. Continue to the high but narrow Seljalandsfoss waterfall which plunges over the mountain. There is an interesting trail that goes behind the fall – if you are prepared to get wet! Further west stops at the Lava Centre and learn about Iceland’s volcanic activity.

Please note that itinerary on this specific day can change due to seasonal factors, such as daylight.

Overnight at Hotel Eyjafjallajökull in Hvolsvöllur 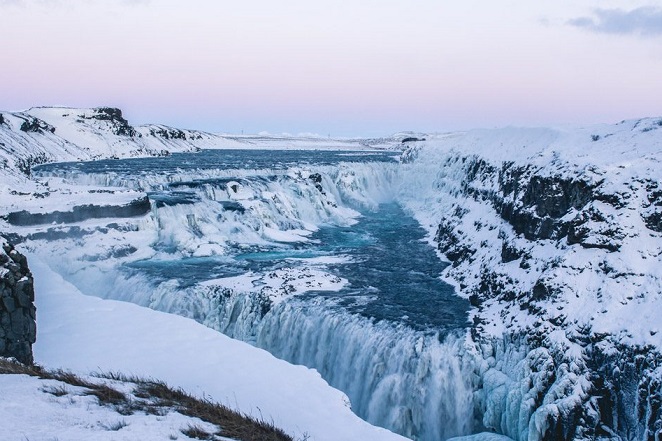 Explore classics today as we travel the route of the Golden Circle sights. Start the day at Friðheimar, where you learn about the Icelandic horse, its special qualities and history, and visit a geothermal greenhouse. Later on, see steam from the Geysir geothermal fields as we arrive. There is a variety of hot springs and bubbling pools. The original geyser is now dormant but has been replaced by Strokkur “the Churn” which erupts at 5-10 minute intervals. Continue to Gullfoss, “the golden falls“, which is a double waterfall that tumbles 34 meters into the Hvítá river and attracts travelers in summer and winter. Travel inland to Thingvellir National Park, a UNESCO World Heritage site. As we return to Reykjavík, we take you for a short city tour to show highlights of the world’s northernmost capital.

Northern Lights: From mid-September to mid-April optional Northern Lights evening tours can be booked at the lobby of your hotel, should weather conditions be favorable.

Overnight at Icelandair Hotel in Reykjavík or similar

Please email to hello@icelandeasy.com if you wish to book this tour.